Maryland and Rutgers moving to the Big 10 were the first dominoes to fall in what is becoming a media circus in the college football landscape. A quick overview of the changes can be found below: 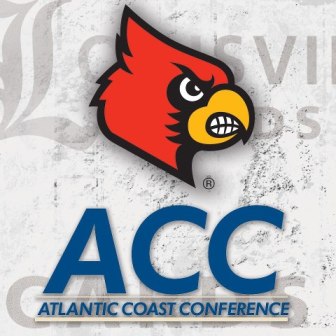 Now that Lousiville has become the sixth program to leave the Big East for the ACC, its former conference will now re-name itself the “Minor League ACC” in hopes of future Orange Bowl bids.

Who knew that the Colorado Buffaloes move from the Big 12 to the PAC 10 would be the catalyst for a massive realignment lasting two and a half years? Long gone are the days of stability, and fans must now accept the fact that the landscape of college football will continue to change as programs follow the almighty dollar at the sake of tradition. Some of the amazing rivalries that have been temporarily paused (or in some cases, completely forgotten) are:

*All Thanksgiving weekend games, by the way.

Of course, new rivalries will naturally develop as the enmity between new and old programs within conferences grow. However, considering the nature of conference realignment, one can only be skeptical and assume that we are not even close to the end of these charades  In fact, Maryland’s recent exit from the ACC may have some schools thinking about leaving for greener pastures in the Big 10, SEC, and Big 12.

The most baffling aspect of the recent changes are that athletic directors and commissions are essentially rebuilding the same conferences that existed years ago. The ACC now has six former Big East programs, which is not surprising considering both conferences are based on the East coast and have similar pedigrees in football and basketball. However, the Big East is essentially becoming a revamped version of Conference-USA, whereas Conference-USA is stocking up on Sun Belt programs. Unfortunately, this is resulting in many FCS schools being poached to fill up open spots in mid-major conferences, weakening the pool of programs in the FBS. How can this mess be resolved?

The Solution: Realign the Subdivisions

A more radical idea would be to completely eliminate the mid-major status in the FBS and create a three-tiered system, separating the power conferences from the other five conferences. I’m hesitant to embraced this idea because everyone loves a Cinderella story, particularly when a program from out of nowhere pushes towards a BCS bowl bid. However, the thought of the Kent State Golden Flashes in the Orange Bowl is disconcerting, mainly because the game will serve as an essential practice game for the Seminoles (oh yeah, I’m not giving Georgia Tech a chance this weekend).

Although knowing the ACC, it wouldn’t surprise me if Kent State embarrassed the Seminoles 51-3.

As I write this, several programs, most likely UConn and Cincinnati, are plotting their escapes from the Big East. Schools all around the country are re-evaluating their current setups and looking for a conference that will generate the most amount of revenue for their athletic programs. You know there is an issue with the current landscape of college football when these stories dominate the headlines rather than the games scheduled for championship week. Luckily, after the SEC championship game on Saturday, we’ll have a nice reprieve from the realignment madness when we enter the magical season of Bowl Mania.