Hashtags….brands either love them or hate them.

Hashtags become popular a long time ago when users began including them in every single Tweet on Twitter. Other social media platforms such as Pinterest, Instagram, and Google+ adopted the use of hashtags, following in the footsteps of the popular micro-blogging site. However, hashtags didn’t make an appearance on Facebook until 2013, and up until now, the response hasn’t been all that great. 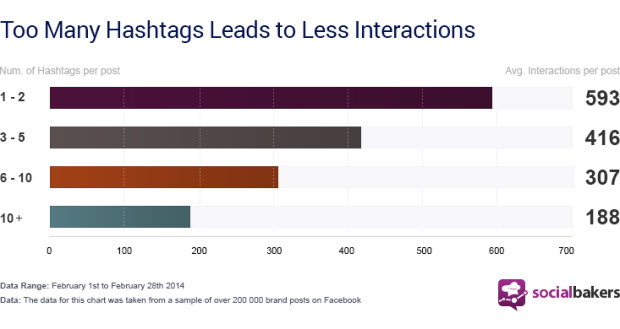 Hashtags are primarily used in content on Twitter and Instagram to increase exposure for social media content. In some cases, the use of hashtags can result in bots automatically liking content and following accounts, which might not be fully representative of its power. However, some users do filter through hashtags and trends to discover new content, which can be a great way to create visibility for your brand in the social media environment.